On the 8th of May our friends in UNFUN and a pal named Bee who was touring with them were in a serious car accident in Indiana. Everyone escaped with their lives, but people were sent to hospital for stitches, concussions,  and broken body parts. Their van is totalled and their tour is cancelled, we are trying to raise some cash to help pay for flights home, medical bills, and other expenses.

Our hearts and posi thoughts go out to our buddies at this time. Anything you can donate would be a massive help. You can do so by clicking the donate button to the right!


Anyone who donates more than $25 can get a Siren Songs' demo tape & stickers mailed out to them. And of course you get punk points for helping out a band in need in the middle of their US tour.


OTHER WAYS YOU CAN DONATE:

Buy their albums on bandcamp!

Or buy anything from Hahaha cool! Records (100% percent of the total sale (except shipping) will go to UNFUN)


Also if you are in the Vancouver area, most of the shows coming up will have a donation jar set up, so if you aren\t savvy with the internet payments, some good hard cold cash can be thrown into a jar at a show near you!!!! 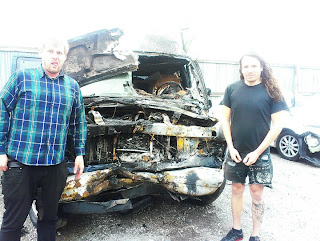 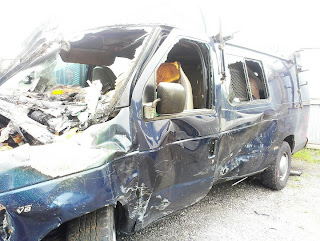 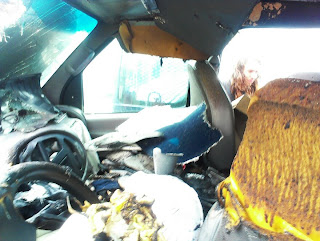 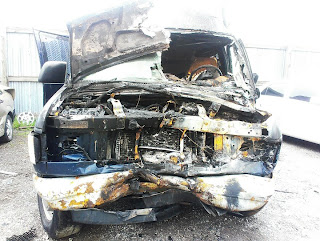 Here\s an update from Lenny:

So yeah, UNFUN was in a fatal car wreck Thursday morning. The driver who hit us past away but everyone in our van is alive. TJ was on a respirator for like 7 hours while Declan and Bee were hospitalized for 30+ hours.

We played in Hammond that nite and after the show 4 people jumped Declan and Bee in the bar and beat them up pretty badly. When we confronted them, we realized they had more friends there to back them and they called more other people. So we left ASAP and in a hurry.

We stopped at a gas station to get directions to the nearest motel and because the bridge to the interstate was closed we took a road that has a turn known as 'dead man's curve,' apparently. While approaching the curve two cars coming towards us, looking like they were racing, on this two line road were coming incredibly fast (prolly 80mph serrrriioousssly) and were very close to each other. The first car lost control and the passenger side on the car was skidding across into our line while the other car was still fast behind them. So it was coming like sideways like a roadblock. We hit them dead on, on the shoulder of the road. Then our van bursted into flames while the gear covered Bee, and Taylor was trapped in the driver's seat. Declan cut him out with Taylor's leatherman and Tyler and I threw our bass cab, oversized Marshall cab and bunk/cabinet off of Bee until she was free and that was fucking that. Scariest night ever.

No rumours please. This shit has shook us all and we're all still recovering. Thanks for the support! Much love!